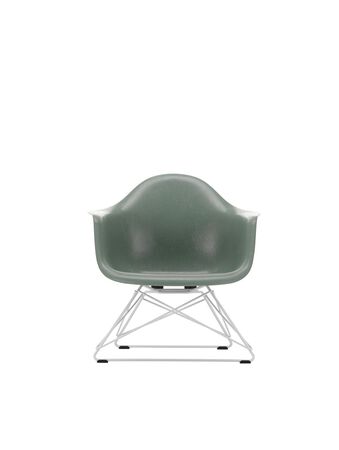 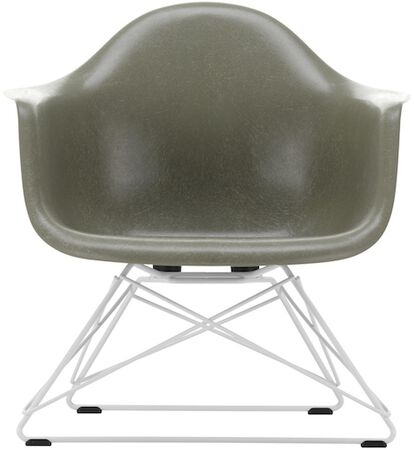 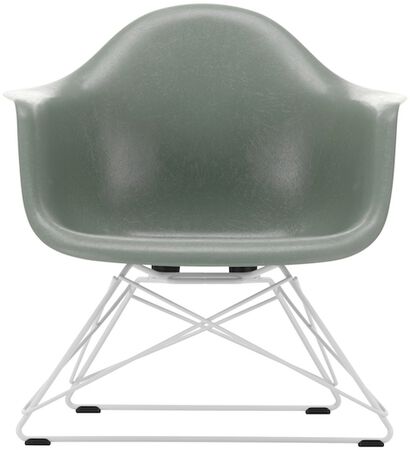 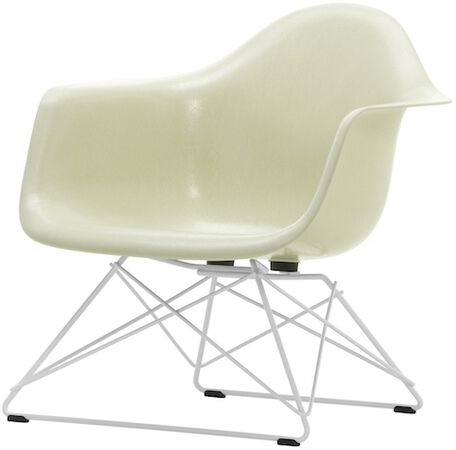 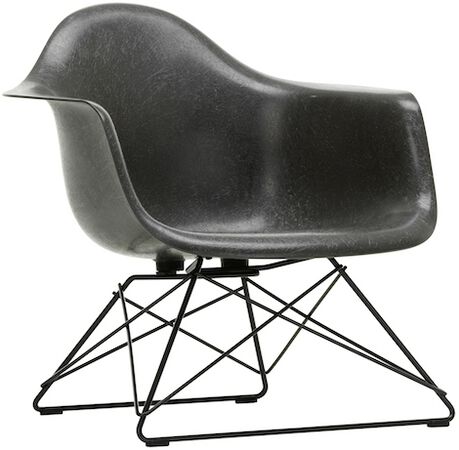 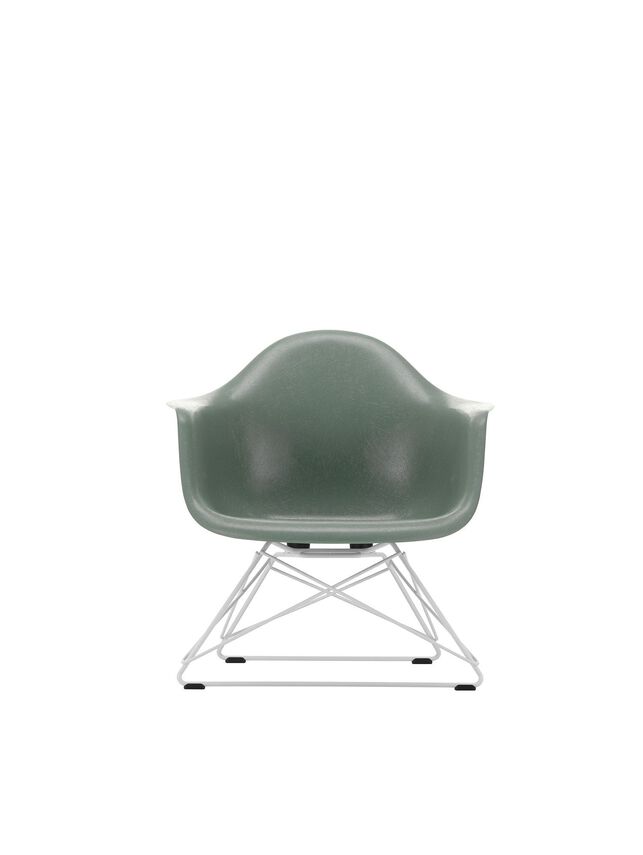 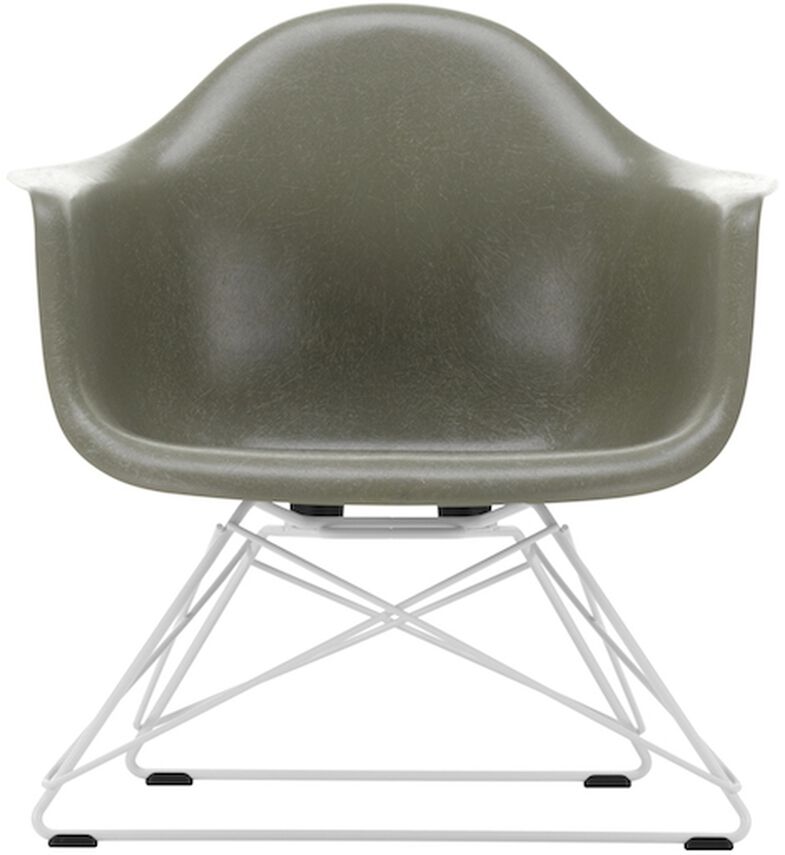 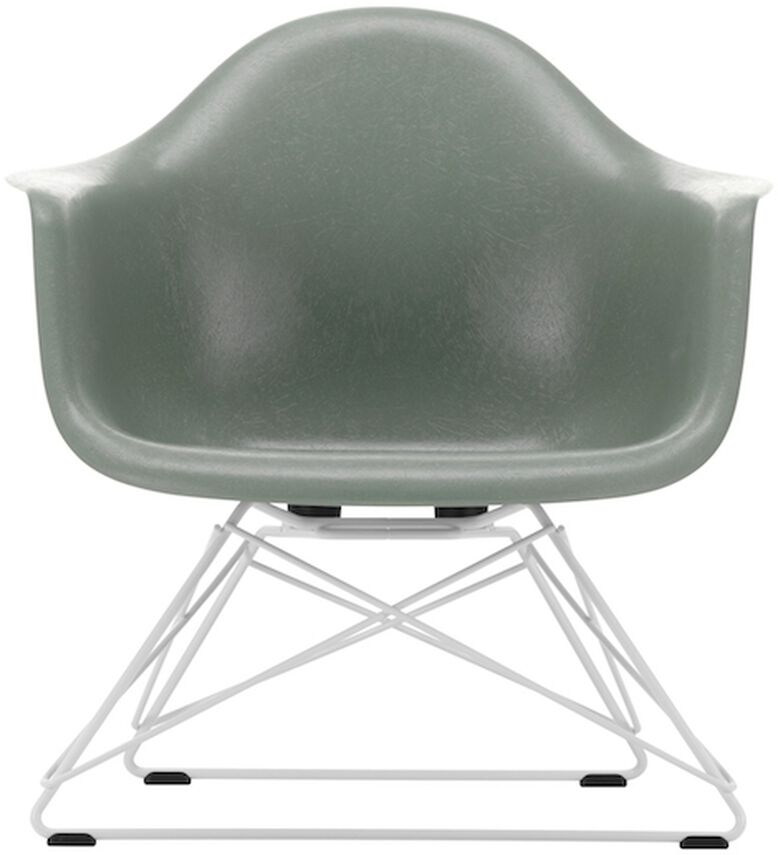 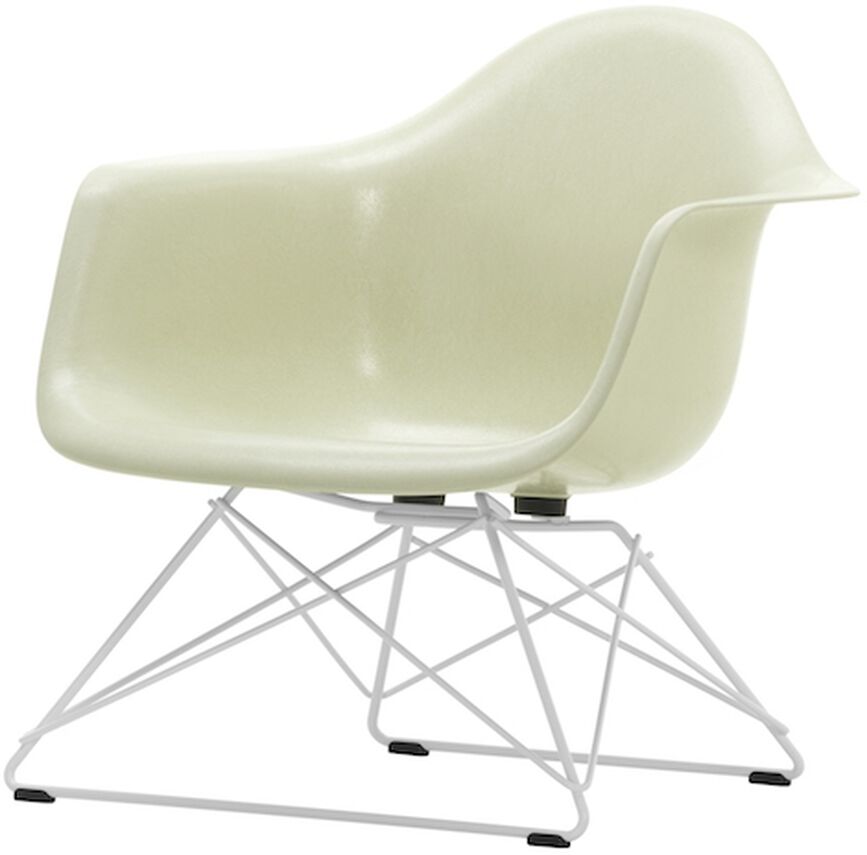 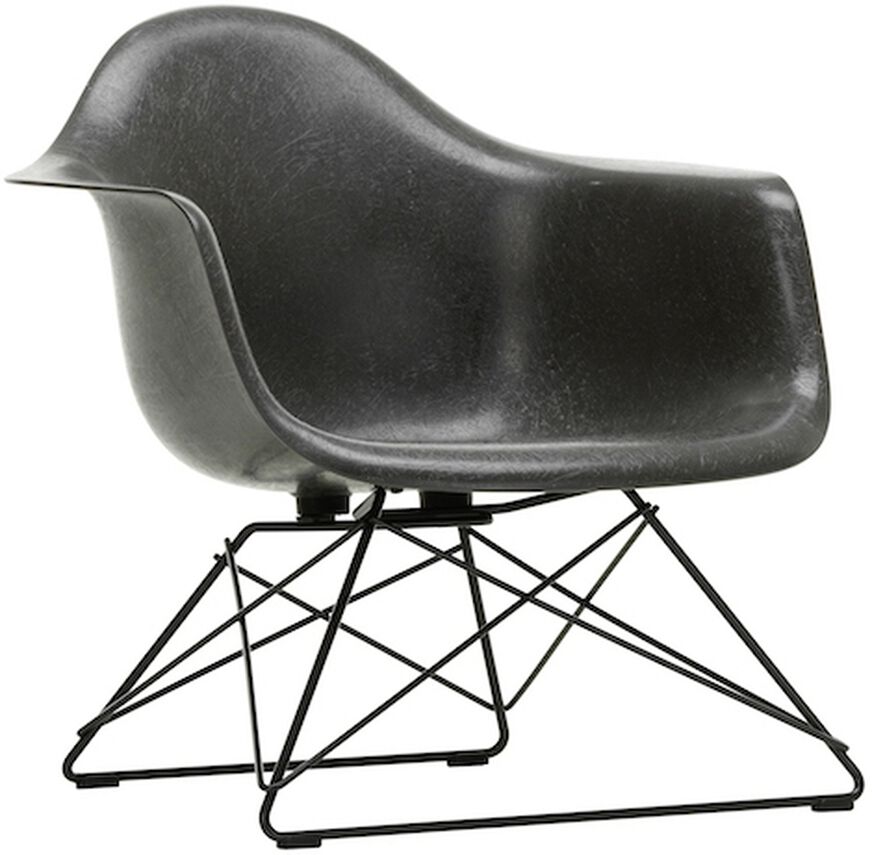 The Shell Chairs by Charles and Ray Eames are among the most important designs in the history of furniture. Following their initial presentation at the 'Low Cost Furniture Design' competition organised by the Museum of Modern Art in 1948, the chairs were launched on the market in 1950 in an armchair version (A-shell) and as a simpler side chair (S-shell) – making them the first ever mass-produced chairs made of plastic. With the debut of this revolutionary design, Charles and Ray Eames introduced a new furniture typology that has since spread around the globe: the multifunctional chair whose shell can be joined with a variety of different bases. Already in 1950, they presented a series of bases that enabled various sitting positions, including the low-slung LAR (Lounge Height Armchair Rod Base) with a geometric steel wire base, which quickly acquired the charming nickname 'Cat's Cradle' in reference to the children's string game. The LAR seems to have been one of Charles and Ray's favourite designs: it can be spotted in numerous vintage photographs of the legendary Eames House in Pacific Palisades, both indoors and out. This also reveals how lightweight the chair is, and how easily it can be moved around. Due to the organic shape of this classic armchair, the LAR is a striking solo piece, but it can also be paired with many types of sofas to create an appealing contrast. The LAR is offered as the Plastic Chair LAR with a polypropylene shell, or as the Fiberglass Chair LAR with a fibreglass shell that draws attention to the lively texture so valued by connoisseurs. The fascination of fibreglass lies in its irregular surface, whose clearly visible fibres make it appear almost like a natural material. The Fiberglass Chair LAR is not offered with cushions or upholstery in order to show off the unique characteristics of this material to maximum effect. Available from March 2020. 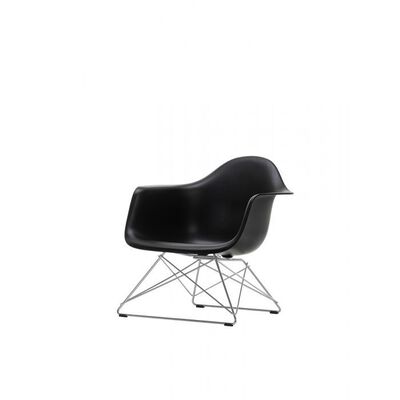 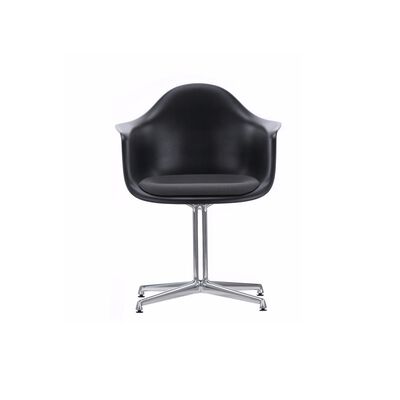 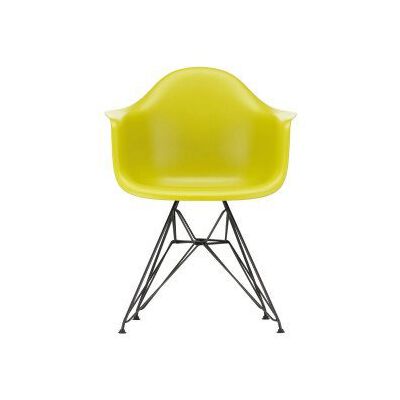 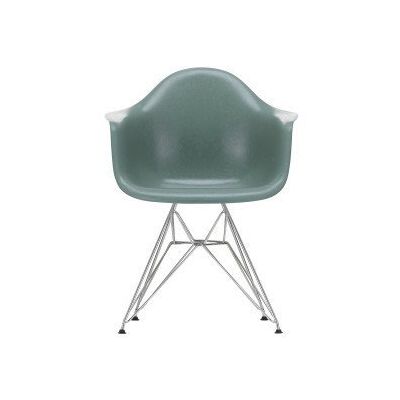 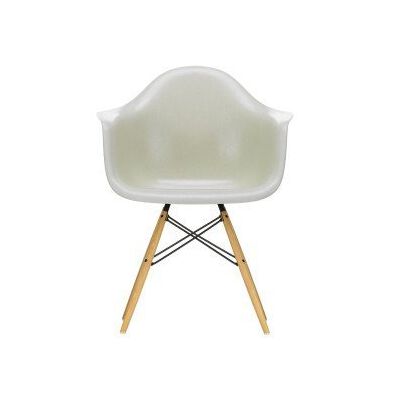 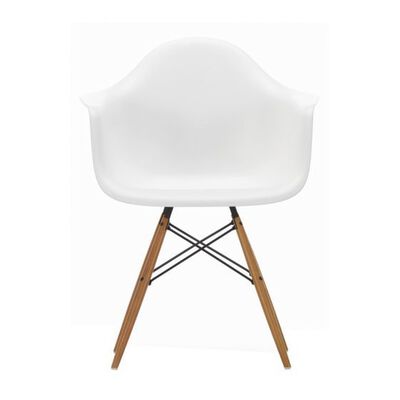 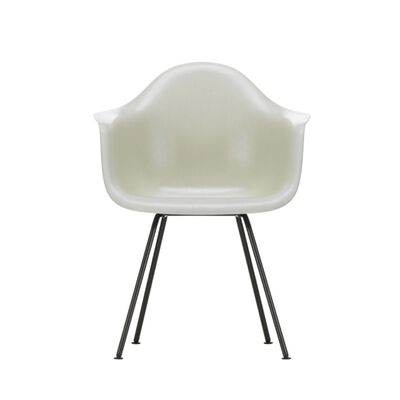 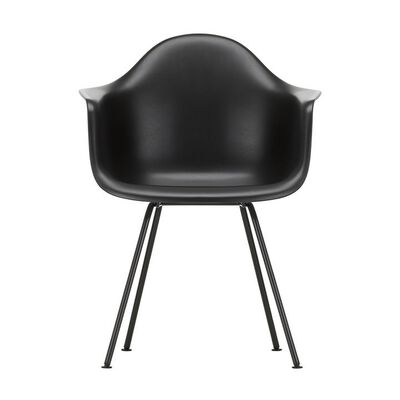 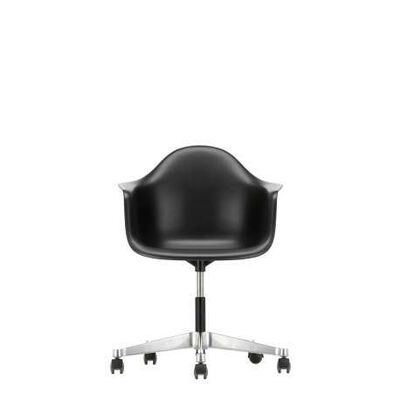 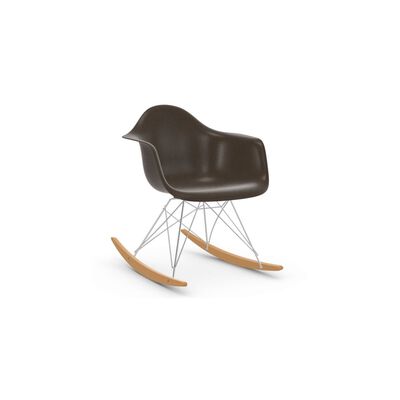 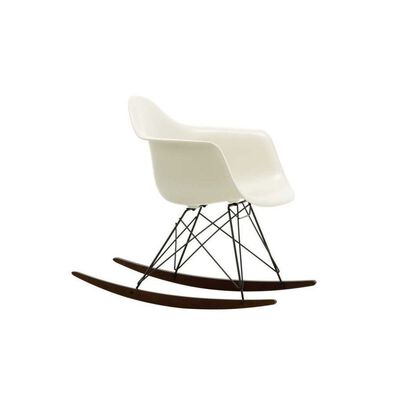